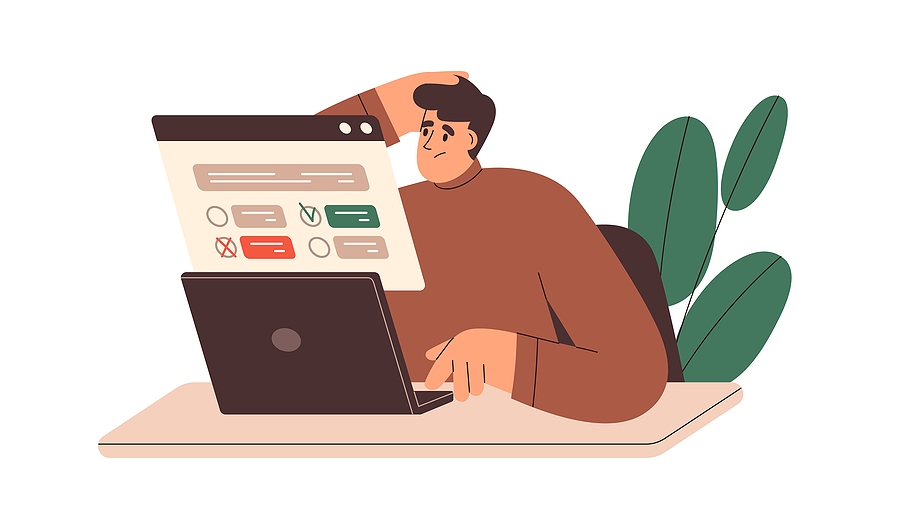 Wouldn’t it be awesome to know if your next ad was going to be a hit or a dud BEFORE you spent money on it?

Putting thousands of dollars behind your ad campaign and waiting for results is nerve wracking. Knowing if your ad will work before you hit the launch button would be a total game changer.

Well, bad news. That’s not possible. Sorry, not what you were expecting here?

There is good news too. You can know enough to give yourself confidence that an ad is worth a test before you start shelling out ad dollars.

If your ad can pass the tests outlined here, then it has a strong chance of success. Ultimately only the market decides what it wants. No one can fully predict what customers will respond to and what they will ignore. But we can give ourselves a fighting chance.

In this post I want to point out some common pitfalls likely lurking in your video scripts, display ads, social ads and even your search ads.

Here are 7 tests to help bring those potential pitfalls to light before you run your ads. These tests also give insights into what you need to change before running your ads. Be objective here as much as possible.

This is one of my favorite tests and it’s pretty easy to be objective about it. The test goes like this. If your competitors could take your ad, scratch out your name and logo and drop in their name and logo would the ad still be valid? If the answer is yes, then your ad failed the test.

Your ad should work for you and ONLY you. This test applies whether you’re building a Facebook ad, a YouTube ad or a Google search ad. Most ads go something like this - “our products were designed with you, our customer in mind. We use the best quality materials, we believe in fast shipping and we guarantee you’ll be happy.”

Here are some ad examples that pass the test:

Native Deodorant - Over 50,000 5-star reviews. There are several natural deodorants on the market, but none can claim the number of 5-star reviews that NATVE can claim.

Purple mattress - passes the raw egg test. This is the test Purple Mattress made up to show that their mattress cradles and supports your body like no other mattress. Drop a 300+ lbs sheet of glass with raw eggs under it onto a purple mattress and the eggs don’t break. This ad ONLY works for Purple Mattress.

Exception - what if your competitors really can say the same thing as you? This happens, right?

Some products are just pretty darn similar and true advantages are more in the eye of the beholder than they are obvious. Not every product has the equivalent of Purples raw egg test.

If your competitors can say what you can say, then you need to say it better. Look for the intersection of what you do best and what your customer wants most.

Does your ad or headline do little more than cause prospects to shrug? If so, it’s time to roll up your sleeves and go back to work. Years ago a local car dealership here in Missouri where I’m from had a brilliant idea. Or so they thought.

They made their ads drop-dead simple. The headline of a billboard literally read - “we have new cars and trucks, please buy them.” While I admire someone trying something new, no one admired or responded to these ads. They sucked. And they were quickly abandoned.

They caused nothing more than a shrug from customers. In some cases an eye roll. What do I care if you have cars you want me to buy? And saying please in this case is strange. Are you begging? Trying to guilt me into buying? Pass.

If you watch the video ad and find your mind wandering at times or if you’re tempted to say “meh” or yawn, your ad is likely not ready for primetime. If your ad causes your target market to say “so what?” Then it’s time to keep writing.

Does the language in your ad ring true? Does your ad copy make customers nod in agreement or cock their head to the side in confusion. All customers are wondering if your product will be right for them in their situation. Everyone believes their situation is unique too. Does your ad make the right person perk up and say, “that’s for me!” the ad has to feel authentic. It has to speak your prospect’s language in order it order to feel authentic.

Let’s consider an ad for a new men’s grooming kit. Here’s the storyline - “I didn’t get the promotion because I was at a party at my bosses house and my fingernails were too long. My boss noticed, seemed shocked at my appearance and passed me over for the raise. If only I had purchased the right finger nail clippers!” Pretty ridiculous, right? It for sure doesn’t ring true. It was a video ad that was supposed to be funny. But it doesn’t ring true to the audience. It’s not authentic enough to be believable and not outlandish enough to be funny.

Compare this to Poopourhi’s example of having an unexpected bowel movement at your boyfriend's house and the embarrassment that goes with it. Relatable, and watchable. The target market will  see that and nod (or cringe) in agreement.

Or, if we want to look at an over-the-top example, let’s consider the Axe body spray commercials of old. These ads were famous for depicting girls ravenously chasing boys who wore Axe body spray because it made them completely irresistible. It was very much exaggerated. Very much a joke, but was totally speaking the language of the target market. What’s the reason teenage boys do anything? Girls. Axe spoke to that in an outlandish way, but it was totally in the language of their target market.

4. The Curiosity Test a.k.a. The Tell Me More Test

Just like a great concert or side splitting performance by a comedian, you should leave your audience wanting more. That way they’ll want to click to learn more.

Take Torque Detail’s ad that says your car could look like this and it takes less time than your morning commute. You could have this awesome benefit without spending hours cleaning your car. If you’re into cars, you’ll likely start asking questions like: how do I apply it? Can I see a demo? How long will it last? All questions that mean - tell me more. If your prospect is asking questions like these, you’ve got a great chance at closing the deal.

What are the 2-3 biggest reasons someone would say no to buying your product?

Are they worried about price? Are they concerned about longevity? Are they wondering about a specific application? You can’t say everything about your product. And as we established with the last test, you don’t want to anyway. You want to leave them wanting to know more.

That said, you do have to address the hurdles that would keep someone from saying maybe. If doubts and objections linger, prospects aren’t likely to click. Natural deodorant that actually works. Silicone wedding ring - 94 year warranty. Zappos - free shipping both ways.

Does your ad cause a physical reaction? Ultimately we don’t take action without some emotion driving us. I heard an interview with BJ Novak who played Ryan on NBC’s hit show The Office. He was also a writer for the show. He said that good humor causes a physical reaction. You can’t help it. You smile, you blush, you shake your head, you spew out your coffee. Standup comedians are looking for reactions. The worst thing for a comedian is no reaction. Even a groan or a wince or a boo can be OK. Almost anything is better than no reaction.

As you show your ad to your prospects, ask these questions. Does it inspire me to lean forward? Did my heart rate increase a bit with excitement? Did I laugh? Did I feel something? Did I feel a need to click? Not just a maybe I’ll click, but almost an irresistible urge. No? Then dial up the emotion in your ad.

I live in Missouri. We’re known as the Show Me state. Our state animal is the mule. Charming, right?

I guess we just won’t believe anything unless we see it with our own eyes.

But when it comes to claims made in ads, we’re all Missourians at heart. You gotta show us. Don’t just tell. Don’t make us draw our own conclusions (they will likely not be favorable to you). Show us.

Show before and after photos and videos. Show the product in action. Show a mix of user generated content and polished photography and videography. Talking head videos are usually just OK. Talking heads are telling. Great ads show.

So, how did your ad do? Did it pass all of the tests? Did it fail more than 1? Then it’s likely time to put a little more work in before you put your ad on the internet stage. If your ad did pass all the tests, there’s still one, all important test it has to pass - the marketplace test. Meaning, you have to put your money where your mouth is and test the ad. Ultimately no one decides if your ad or offer is good except the market. 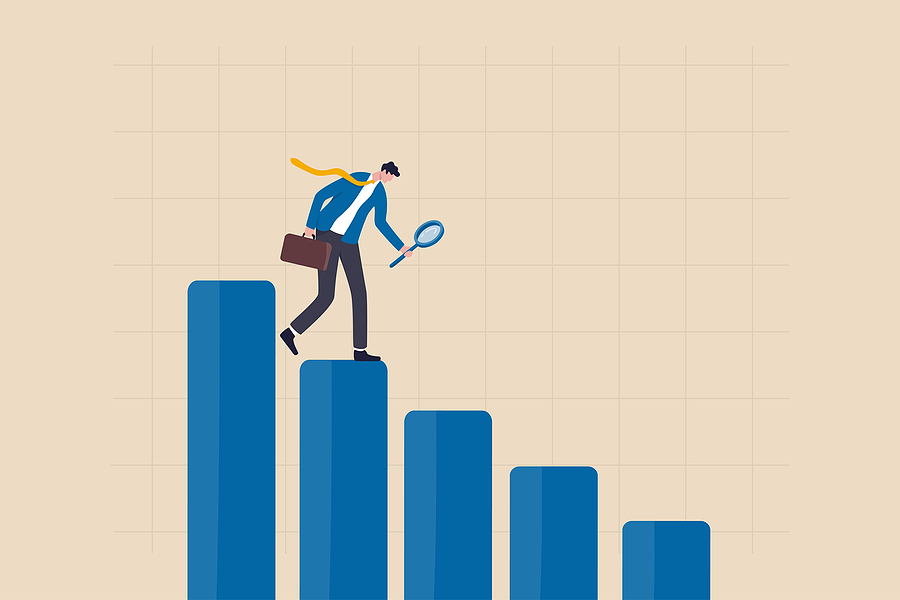 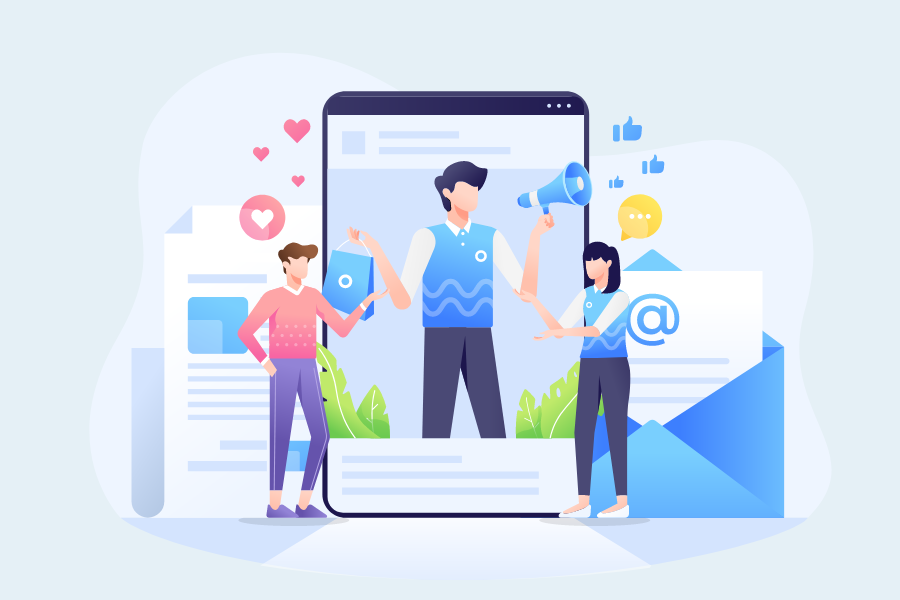 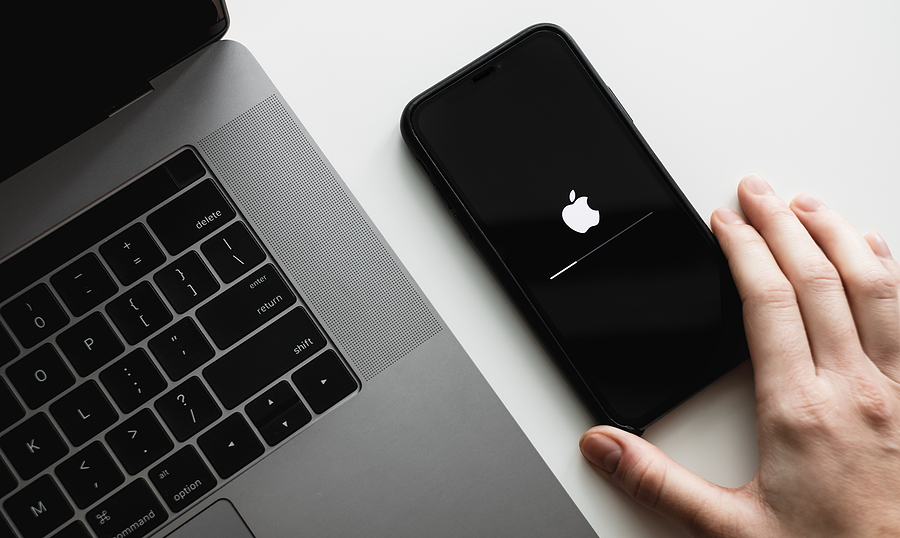 Apple took a major step in addressing privacy concerns with it’s iOS 14 update. So, what did Apple actually change to improve privacy, and how did this impact digital advertisers?